Schedule is now open.  Be sure to comply with CDC recommendations in respect to the Coronavirus out-break. 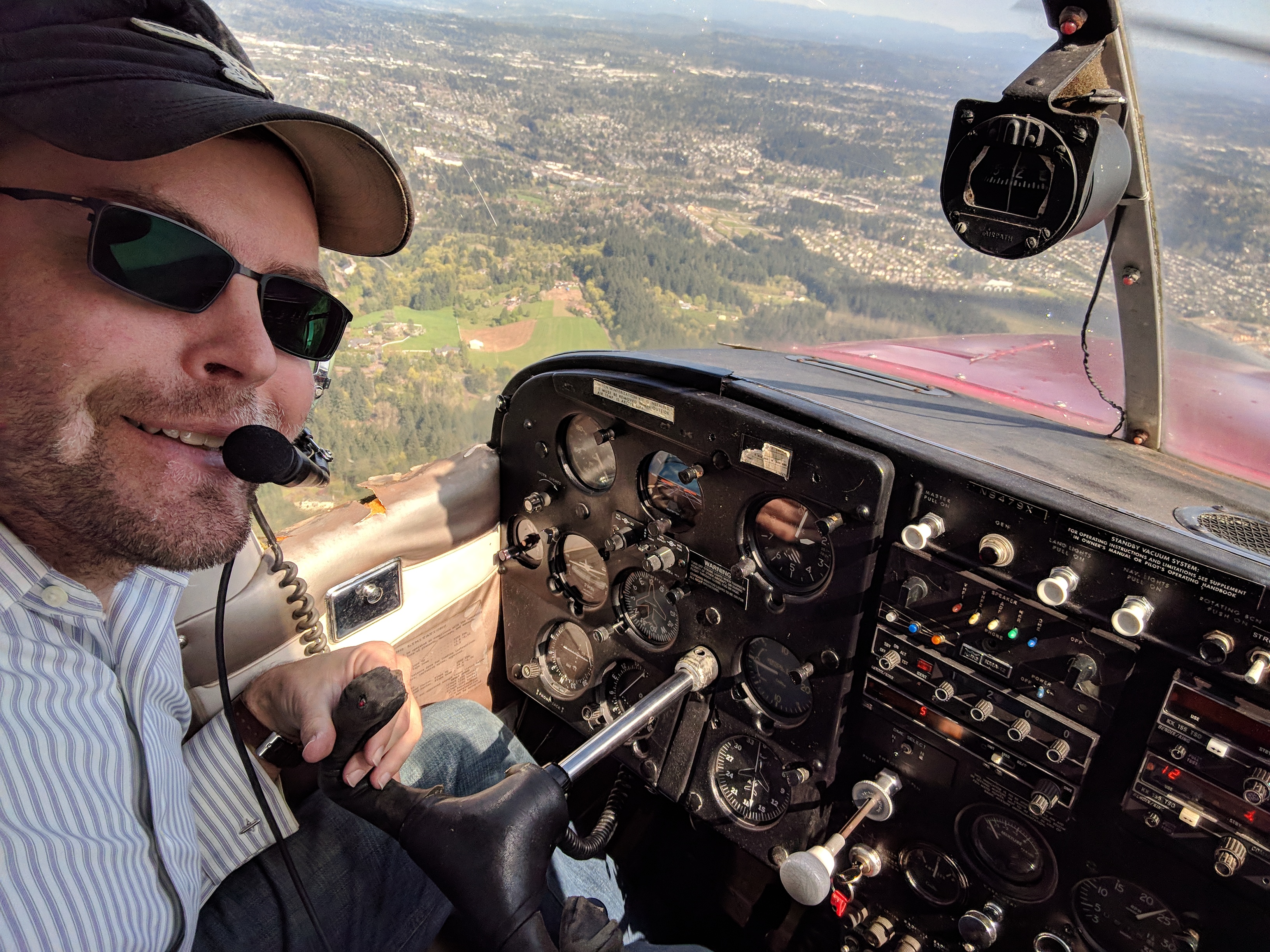 Hello my name is Jason Robinson. I began my aviation adventure in 1997 in Fort Leonard Wood Missouri. There I learned how to fly off short grass airports. Some private airports were off of ridge-lines, others resembled big back yards, and of course pavement. I've flown in Southwest Alaska, Oregon, Georgia, and about everywhere in between.

In Alaska I flew with Yup'ik Training Service, Larry's Flying Service, and Hageland Aviation. In Oregon I've flown with Horizon Air, and Ameriflight. I'm also a local flight instructor teaching everything from single engine airplanes through IFR and multi engine airplanes. I am also a DPE with the local Hillsboro FSDO and can currently test Airplane Single Engine Land Private and Commercial Pilots, Multi-Engine airplanes, and Airplane IFR.

I am currently pursuing my Masters in Teaching for middle school and high school. My endorsements will be in integrated science and biology. I hope to finish my classes this fall (2018) and begin student teaching in the spring of 2019.

My Certificates and Rating are: